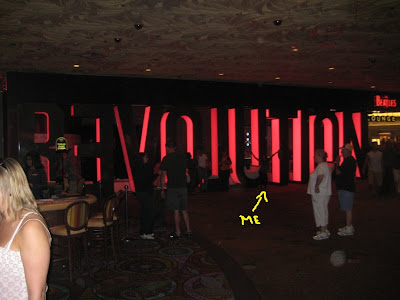 Welcome to the Shit Show.

I started writing this post, it was a bulleted list of all the bullshittery that went down this day, but it was irritating me.

So I’ll say this shortened version.

There was a lot of tension….

Tom and Julie had a fight and “broke up” during this day it was seriously an 8 hour fight….with John, his mom, and me in tow and unwittingly along for the ride.

Their car broke down, which added to the fiasco.  And somehow was cause of a complete breakdown of the two of them.

And, my poor mother in law had to drive back to cali with them since she was staying with them out there for a few more days.  (how uncomfortable!) 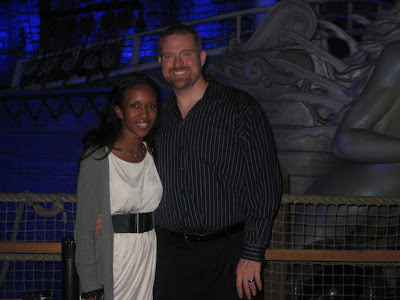 I tried to talk sense into Julie.  She wasn’t hearin’ me. (perhaps the two yardstick boozey drinks were clouding her)

John tried to talk sense into Tom.  He didn’t listen. (and he hadn’t even been drinking)

The first day of our married life and we were trying to fix someone else’s!

All my mom n law wanted to do was play a few games in the casino.

All I wanted to do was leave these crazies alone go see the tigers and dolphins at Mirage. 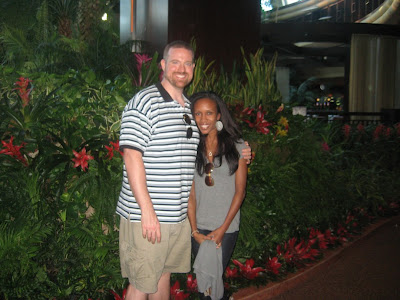 The plan was to spend the whole day/night together but they left in early evening so John and I could salvage a bit of our day. (thank you Allah)

I must say, I’m proud of how I handled things.  I felt like such a grown up.  John even commented on it. I would go into spoiled bratty bitch mode if things didn’t go my way on a day I really wanted them to.  But I held it together well. 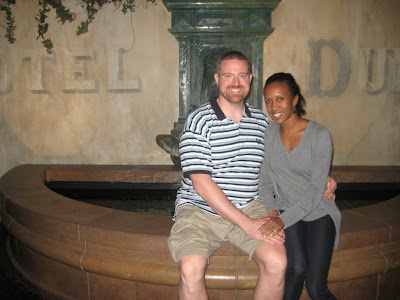 After the shit show as John called it, we went back to our hotel to decompress.  Poor John was so stressed out.  He kept checking to see if I was okay (which i wasn’t, but I was, ya know what I mean?) with everything.  I was just glad that part of the day was over.
We did a lil gambling and the hotel/casino people kept congratulating us and clapping and saying “Hey Newlyweds!!!” to us, it was sweet.  I like the small hotel vibe while in Vegas now. 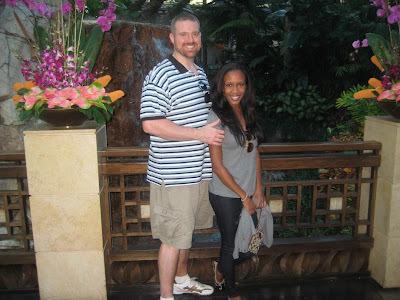 Anyway, we changed and went to dinner at Kahunaville. It was a cute place but the food stank.  They had a mini fountain show that was kinda cool.
Then we saw Mystere.  Highlight of the day!! It was my first Cirque du Soleil show and I LOVED IT!!  It was so incredible.  Those performers are so freaking strong and have incredible balance and coordination and oh my god they were just spectacular!  It was excellent! I can’t wait to see the others!! (we got tickets 1/2 price at tix4tonight) 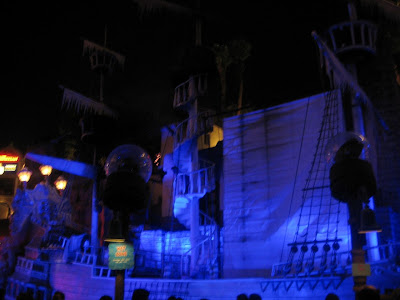 After the show we walked outside and caught the sirens show outside of TI.  It was comical how unhappy the girls performing seemed.  They were like sad lipsynching robots in sexy outfits.  One girl looked pissed to be at work.  Now, once the “fight” started, I may have yelped when canons were fired, and when the huge blazing explosion occurred that made the bridge we were standing on so hot i had to make sure my hair wasn’t on fire, I may have covered my ears, closed my eyes, ducked and shrieked I wanna go home….but….ya know…it all happened so fast….one can never tell…
Yeah I’m a punk. 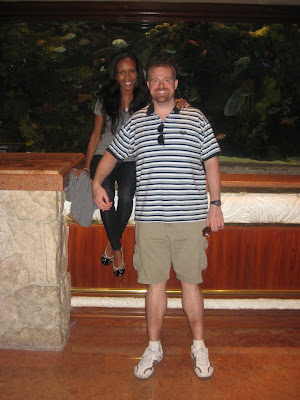 Monday morning we had brunch at Paris and went to go see the animals at Mirage, but we couldn’t (I forget what the issue was with the animals) We gambled a bit. (over the entire weekend we gambled quite a bit actually – craps, roulette and blackjack – i came back from vegas $4 poorer – not bad!)
We finally went to in and out burger.  I’ve wanted to eat there for ever.  The burger was yummy!  We need one in my city!

We drove around and talked which is something we could’ve done anywhere, but just seemed so perfect for the day. 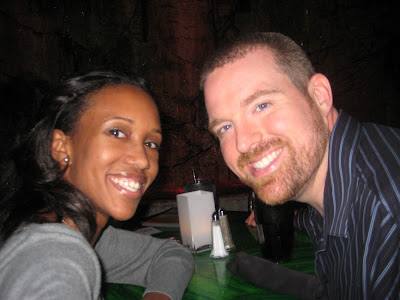 Grabbed dinner inbetween the strip and downtown at this place called The Florida Cafe.  It’s a cuban restaurant and had the best mojito I’ve ever tasted.

Then we had to head to the airport to go home.  It was the first time we ended a “vacation” without any sadness. 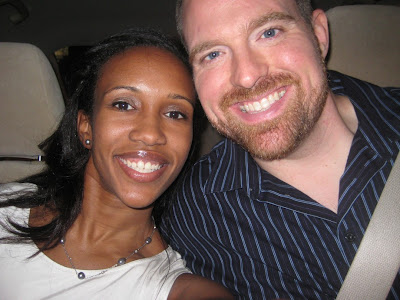 In and Out...mmmm *drool* I have one down the street =P hehehe

Your wedding story has been a joy to read. I just caught up with your blog now...hehehe

At the very least...you have an amazing story and a wonderful husband out of the deal ^_^ hehehe

WOW! You handled it A LOT better then I would have! I think I would have said SHUT UP this is MY day! :) so bravo for being such a big girl!

:) but I am sooo excited for you! I love that you're a wife now! You two are too adorable for words!

Good lawd it sounds like your SIL is a handfull - between the parents & the fights... wow. Sounds like you handled everything really well and I love that you 2 were able to sneak off together and just spend time together. That's what it's all about!