This past Sunday I vegetated.  I watched TV almost all day long.  I took breaks to cook batches of food, but I still had Chopped playing as background noise (and I kinda pretended I was a contestent….but that’s neither here nor there) Having no cable doesn’t stop me from watching my favorite shows!! I am so happy fall TV is here.  Some of my favorite shows have returned and I get to watch them commercial free:

I love this show…it’s prohibition chic.  All 20s outfits and lingo. I’m so glad Steve Buscemi has the lead in it.  He’s long overdue for a starring role in a quality show.

Listen….don’t judge me. I told you why I watch it.

And while you’re not judging me:

90210 is another show I try to keep up with.. but this season is kinda sucking so I have missed a few episodes. Can’t compare to the original though.  No way.  ::chanting:: “DONNA MARTIN GRADUATES!” 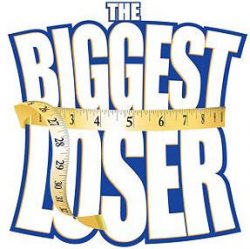 I love this show, but I am not sure why Jillian’s gone, and not sure if I like Anna Kournikova being there….whatevs.  I dig watching these folks do things they didn’t think they could.  I always cry right along with them during their weigh ins.

I’m an MMA fan and I like UFC a lot, this reality show is one of my faves, partly because it’s one of the reality shows John will watch with me, and partly because I love the fights and seeing these big tough guys acting like lil beyotches.  A bunch of guys basically have to fight their way into the UFC, they win a contract at the end.  (It’s like top model except voilent) If I get reincarnated as a boy, I’m totally going to be a fighter.

John and I recently heard about this show and watched it from season one to the current season….Oh man.  I LOVE everything about this show.  The acting is great, the storyline is awesome, the way it’s shot is perfect and even the sound is impressive.  It’s weird to be rooting for the drug dealers (kinda like when watching The Wire) but how could you not love Walt?!

I tried out a couple new shows, Revenge I didn’t think I was going to like, but tried it and am excited to see this chick take those snobby b*tches down!  Tho I do feel bad for poor Daniel.

What shows are you watching this season?!  Do you watch any of the shows I listed? How do you like em?

I have been enjoying two new shows this year...Grimm and Once Upon a Time.

I am not watching a lot of TV these days because I am of-course engulfed with work. But I still love music, so I tune in to X-factor every wednesday.

i haven't heard of the first show but i love the ultimate fighter!!

We moved this summer and had to make some budget cutbacks....which included the DVR. With that said, I used to watch my shows whenever I wanted. Now I have to watch them when they actually come on and that has messed me up. I might actually check out watching them online. I don't really watch the shows you mentioned above, but I LOVE Grey's Anatomy.