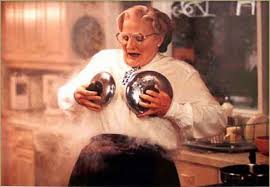 As I sit to write this post (7/3/13) my entire chest in on fire and I am ready to kill anyone who even looks at me halfway funny. Rohan better watch his step!

Seriously, I didn’t think I’d be going through such painful engorgement, burning, sensitive boobie action when weaning! We were down to just one nursing session a day before we cut them out completely as per my weaning plan. I thought you only suffered through the hellfiredeathbreast torture when you stopped cold turkey?!

Got lots of advice for dealing with the pain:

I had none of those items, except for avoiding the touching and druggin’ up with advil and benadryl. Though I did toy with the idea of shoving the brussel sprouts we have in the freezer right on into my bra to see if it helped. #desperatetimes

Rohan is fully weaned! He takes his almond milk from his sippy cup without a fuss, and no longer yanks at my shirt or tries to pull my boob out. Hooray!!

We were calling his milk “juice” because every time we’d say milk he’d start signing and try to yank at my shirt.

Well, these boobs of pain. And mood swings. Why didn’t anyone tell me there would be mood swings?!!

I keep slipping up and saying milk instead of juice, and he just takes it without yanking at my boob. He signs for milk sometimes but when I hand him his cup he stops signing and isn’t thinking about my chest anymore. My left breast is 100% back to normal (well, new, hangy, lifeless awful normal) and my right breast is at about 80% normal and getting less tender by the minute. YAY!!

Overall the weaning process wasn’t so bad. We had a setback after the first time I took him from 1 to 0 sessions. His behavior went bazzurk and he was just cray cray and asking to nurse a million times a day. I gave in and nursed once a day for a couple days. His behavior changed immediately and out popped a tooth. Ooops. #mommyfail for not putting two and two together.

Glad that my body will be my own, for the most part, until we are blessed with BabyH2.0

Not glad that my boobs go down to my bellybutton now…but…we can deal with that after BabyH2.0 drags them down to my knees.

Did you suffer any boobie pain when you weaned your lil ones?