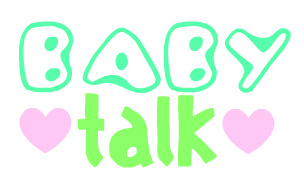 Did you know that it used to be sound medical advice for women not to gain more than 15 lbs during their pregnancy?

I’m seeing pregnant chicks EVERYWHERE.  Some girls from my building/block, some friends, some friends of friends, random strangers… Everybody’s knocked up and expanding!

I always like hearing about how much weight people gained during pregnancy.  It’s always so random.  Some of the tiniest women blow up like a blimp and others barely get a pooch until 8.9 months along. You can’t call it.

There was this woman in my gym who worked out almost every day all the way up until her water broke.  And she didn’t do any BS walking at 2.0 on the treadmill.  She was in classes pushing weight, and if she was on the treadmill she was hoofin’ it and she had lil dumbells in her hand doing punches and other arm stuff while she was hoofing!  It makes me lethargic just typing it. (seriously)

Needless to say, she was all belly.  Didn’t even look pregnant from behind.  And after she popped out lil man (her second child btw) it was like 45 minutes before she was back in the classes.  My friend and I were like….ok we wanna be you when we grow up.

But i’m SOOOO not going to be her. Let’s be real.

I’m going to be that person who uses pregnancy as a reason to “eat for two” and “rest up.”  AKA lay on the couch and mainline papa johns and ice cream for 40 weeks.  And call John away from his studies to walk over to the fridge to pass me more fudge because the 25 steps over to it is just too much for my pregnant ass to bear.

I’d like to strike a balance though, and gain however much is healthy, eat a shit ton of food, but still move my body for general wellness.  When the time comes I’ll report back to you girls and let you know how it’s going…likely from the couch… nursing a veggie-lovers slice. haha

Sidebar: I asked john if he’s still gunna be attracted to me when I’m all big and 9 months pregnant.  He said: “Baby, of course! Get as fat as you can. My son’s gotta eat!”  (If he’d just stopped before the son part…..)


Did you work out during your pregnancy?  Did you gain a “healthy” amount of weight? Did you “eat for two?”  If you haven’t had kids yet…do you think you’d go hard like the lady at my gym?